Mr. Solomon’s practice takes him throughout Florida and to many states around the Country. In furtherance, of Mr. Solomon’s broad-based, nationwide practice and experience, Mr. Solomon has appeared and represented clients in more than 18 state and federal courts, including the United States District Courts of the Southern and Eastern Districts of New York, the Western District of North Carolina, the Southern District of Texas, the District of Colorado, and numerous Bankruptcy Courts and state trial courts. Mr. Solomon has also appeared and argued before the United States First, Second, Fifth, and Eleventh Circuit Courts of Appeals, and the Florida Supreme Court.

In addition to his professional practice, Mr. Solomon has been active in numerous community activities. Mr. Solomon is past President of the Board of Trustees of Hillel Academy and has served on the Board of Directors of the CEO Council of Tampa Bay. Mr. Solomon has also held positions as an executive member of the nationally-acclaimed United Jewish Appeal Young Leadership Cabinet, vice president of Congregation Kol Ami, chairman of the Tampa Jewish Federation’s Attorneys Division, chairman of the Federation’s Russian Resettlement Task Force, chairman of the Tampa Jewish Community’s Capital Acquisitions Committee, executive committee member of the Gulf Ridge Council of the Boy Scouts of America, and cabinet captain for the annual United Way Campaign.

Mr. Solomon is recognized by Martindale-Hubbell as an AV-rated attorney, emblematic of an attorney who has reached the pinnacle of professional excellence and who has exhibited the highest levels of skill and integrity. 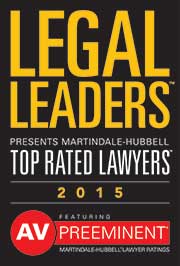 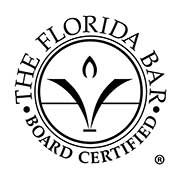